This Air Force One Book contains stunning photography, personal insight and commentary from former presidents and former First Lady Nancy Reagan.  Joel and Michael Cohen tell the story of a triumph of engineering carried out through the sheer determination and patriotism of hundreds of men and women committed to preserving history.

On September 8, 2001, the Air Force decommissioned SAM 27000 and gave it on permanent loan to the Ronald Reagan Presidential Library in Simi Valley, CA.  Documentary filmmakers Joel Haskell Cohen and Michael Cohen have chronicled the historic final days of the most famous aircraft in the world in this Air Force One Book.

The Cohen’s cameras were rolling as SAM 27000 touched down for the final time at San Bernardino International Airport in California where it was disassembled and reassembled piece by piece, in one of the more complex engineering projects in the history of modern aviation.  This Air Force One Book followed its perilous 102 mile midnight journey by truck to the Reagan Presidential Library where it was completely reconstructed in a massive new indoor pavilion. On October 21, 2005 they captured its rededication as a national historic treasure by President and Mrs. Bush and by Former First Lady Nancy Reagan. 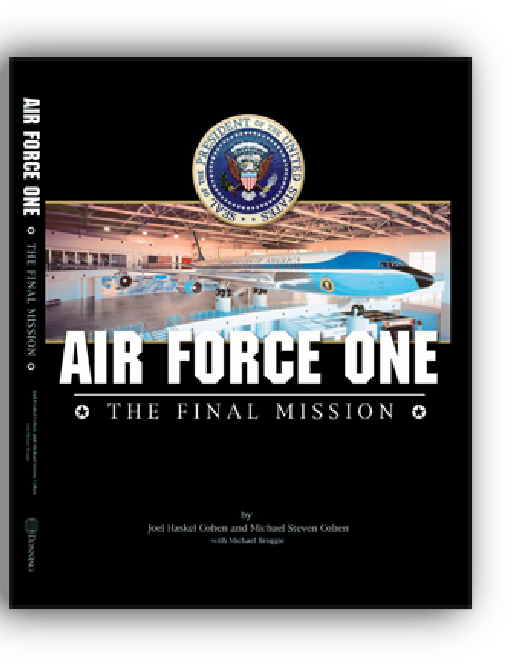 Purchase this Air Force One Book if you have interest in:

Autographed in silver pen by both authors